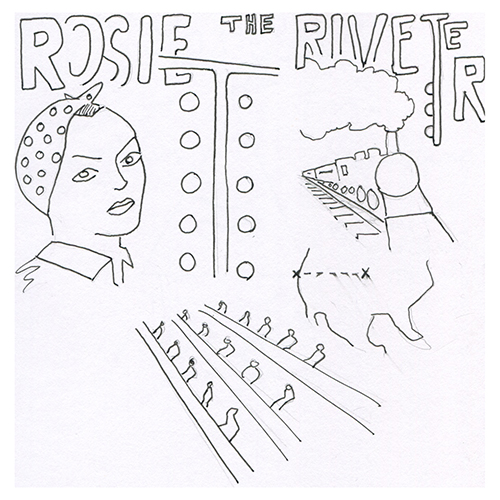 Question:
Is mindless efficiency really that bad in all circumstances? How the hell do you run an army if everyone’s a freethinking anarchist? Don’t you need standard procedures?

Answer:
Consider the history of industrial changes like Rosie the Riveter, or the early transcontinental railroads in the U.S. The urgency of these enterprises really drove standardization.

In the case of the railroads, several companies were all competing in a high-stakes race to be the first to cross the Rocky Mountains and the Sierras. There’s a good history of this in the California State Railroad Museum in Sacramento, CA. (The Problem Lady went to this to humor her boyfriend, a railroad enthusiast, and learned a thing or two despite her eyeball-rolling.)

The Rosie the Riveter National Historic Park in Point Richmond, CA is more recent history. After the Japanese attack on Pearl Harbor forced the U.S. into WW II, companies like Kaiser had to design and build hundreds of war vessels, especially ships and submarines, in a matter of months. The workers all worked and slept in shifts, sometimes outdoors, and had to be trained fast. New groups such as women were able to enter the workforce. This means lots of simple tasks and yes, stupidification. The workers seemed to buy into both the urgency and the necessity.

The war effort provided a common sense of shared purpose. You just couldn’t have done it if everyone were a freethinking anarchist who insisted on doing things their own way all the time.